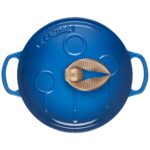 Over the years I've come across quite a few Harry Potter themed products. A lot of them were logical extensions to existing product lines. So it wasn't in the least bit surprising when Hornby started offering trains that picked up on the Potter theme. Neither was it particularly strange to see other toy companies adding Harry Potter ranges to their offerings. But what about … END_OF_DOCUMENT_TOKEN_TO_BE_REPLACED 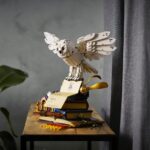 If you're a fan of the Harry Potter universe there are thousands of things you can buy that pick up the various themes from the wizarding world. if you also happen to like Lego then you've probably already realised that the brand caters to much more than children. Combine the two and you can get both something super cool, but also rather expensive: The recent release … END_OF_DOCUMENT_TOKEN_TO_BE_REPLACED

I've recently rekindled my interest in building scale models. It's a fun hobby, though I'm only starting out (again) after a very long break! However there are a lot of really skilled modellers out there who are doing some really impressive work. While many of them do share photos and videos of their work there aren't that many who have managed to get the video side of it … END_OF_DOCUMENT_TOKEN_TO_BE_REPLACED

If you're a Lord of the Rings fan and have access to a 3D printer there's a lot of stuff you could make. But how about some of these Gates of Argonath gates? If you've seen the films, which of course you have (right?), you'll recognise the giant statues of long dead kings that feature in the film. While it probably wouldn't use that much material to print smaller versions … END_OF_DOCUMENT_TOKEN_TO_BE_REPLACED 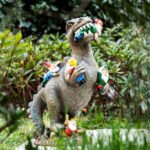 Like a lot of people I've become more than a little fixated with my garden over the last year. One thing that I have been looking at is garden decorations including gnomes and similar types of ornaments. I've never really understood the attraction with the traditional gnomes, but there's quite a few other options out there. A quick search will find all sorts of humorous and … END_OF_DOCUMENT_TOKEN_TO_BE_REPLACED