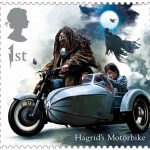 Royal Mail produce some really attractive stamps and they recently announced a bonanza for Harry Potter fans. The upcoming release, which is available for pre-order, is of 15 different stamps from the Harry Potter universe. As is common with Royal Mail stamp releases they're available in a number of different presentations ranging from first day covers to a variety of … END_OF_DOCUMENT_TOKEN_TO_BE_REPLACED 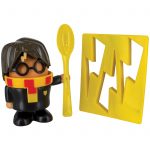 If you're going to have eggs for breakfast then you might need an egg cup. And if you're having boiled eggs then you probably want toast to go with them.. So why not have a bit of fun with them? Harry Potter fans can get this very cool egg cup which comes with a toast cutter so you can make your soldiers into lightning bolts! It's a fun and quirky little addition … END_OF_DOCUMENT_TOKEN_TO_BE_REPLACED 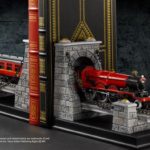 The Noble Collection has some really lovely, though quite expensive, Harry Potter licensed collectibles. One of them that caught my eye is this set of bookends. As you can see they depict the Hogwarts Express entering and exiting a tunnel: They look really impressive. According to the official site they're hand painted and are each approx. 7.5 inches long and 5.5 … END_OF_DOCUMENT_TOKEN_TO_BE_REPLACED

The Warner Brothers Studio lot has a special area dedicated to showing off some of the vehicles that have featured in their films. Universal Studios has one as well, but you can't get close to anything, but that's another story...While I was there in 2007 they had the Ford Anglia from Harry Potter on display. Unfortunately the photo I took didn't come out as well as I would … END_OF_DOCUMENT_TOKEN_TO_BE_REPLACED

Image by Michael Heilemann via FlickrIf you're a fan of the Harry Potter franchise you probably know that the chess set in the first film (Harry Potter and the Philosopher's Stone) is based on the Lewis Chess Set, which currently resides in The British Museum in London.You can now buy a Wizards Chess Set from the British Museum which features the original colouring that the … END_OF_DOCUMENT_TOKEN_TO_BE_REPLACED